Occasionally there are cases of conversion to the Jewish faith. From the 1st century on, the Jews, relinquishing the practice of converting someone from his own to the Jewish religion, do not condone conversion if it is only to facilitate a marriage. It is only after long tests and examinations that they give their consent.

Today, if a married couple has been granted a divorce only through a court decision, and failed to have the decision endorsed in the presence of a Rabbi, they cannot remarry with their religious and traditional customs. If despite this, they remarry in a civil ceremony, they have committed a sin against the Jewish community.

The Children of Israel have many restrictions concerning what they eat and drink. Meat from sanctioned animals has to be prepared according to special rules; that is, the wind-pipe and gullet must be sliced with a very sharp knife moved forward and back without pause, so that the animal’s blood drains off. Only meat prepared in this appropriate manner, kosher, can be eaten. In Islam too, halal meat is prepared in this way. But not every part of an animal passed as healthy can be eaten. For instance, the flesh from the thigh-bone is forbidden and this ban is sometimes imposed on the whole rump joint. The most serious prohibition is against blood. In the Torah it is written that the spirit is within the blood, and it is ordained that the spirit should not be consumed with the flesh. For this reason, all the blood should be drained out of the meat. Eating suet is also forbidden; also meat and dairy products may not be served together. To avoid any possibility of mixing meat and dairy products, two separate dishes are used for cooking, two separate bowls for washing up, and the dishes are kept in two separate cupboards. This is one of the ways in which the religious purity of the home is safeguarded. Only animals that chew the cud and have cloven hooves are sanctioned for consumption, excluding pigs. When it comes to seafood, only fish that have scales and fins are permitted to be eaten, so all shell-fish are forbidden. Wine is drunk on the Sabbath, at Passover, circumcision and wedding ceremonies. Drinking wine prepared under the supervision of a Jew and from a bottle opened by a Jew is considered right and proper. Banquets attended by strict Orthodox Jews are always served by Jewish waiters, but the Reformist Jews recognise none of these prohibitions concerning wine. 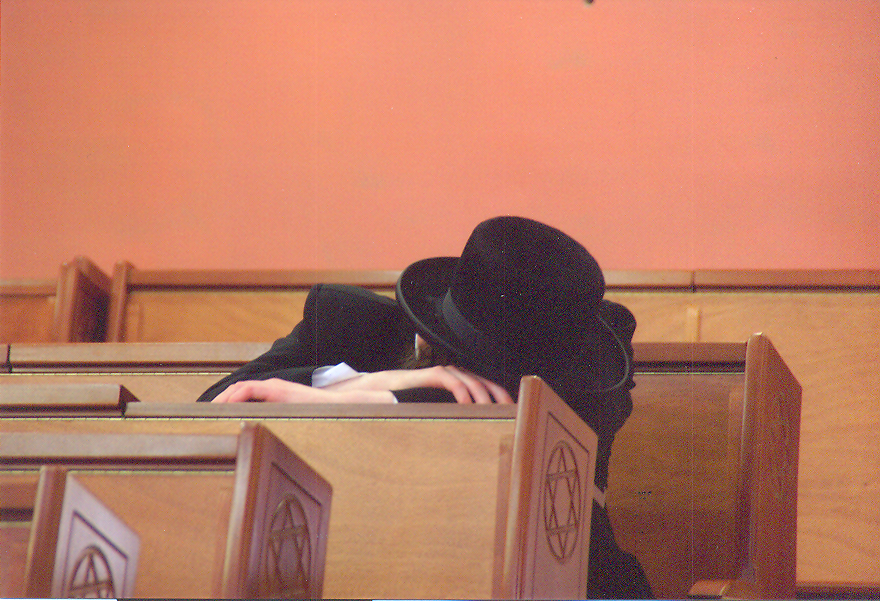 Jewish burials take place as early as possible after death. Great respect is shown to the dead, but at the same time they are regarded as religiously unclean. In the face of death and after death, everyone is equal. As specified in the Talmud, the grave garments and the shroud are the same for all. After ritual ablution, the body is wrapped in the shroud and placed in a plain, unadorned coffin into which handfuls of soil are thrown or the body is laid directly into the ground. These rites are similar to those of Islam. Flowers at a funeral are not approved of. After the Jews had been driven out of Jerusalem, it was customary to throw in a handful of the soil from that city, and today there are still those who carry on this tradition. With the exception of the bodies of the Chief Rabbi and other Rabbis, no dead body is taken into the synagogue. It is placed in a grave facing in the direction of Jerusalem. In the old days, women were not expected to attend funerals. After the burial, condolences are expressed and the congregation is served with a meal. Today, the names of grandparents whose graves are unknown are inscribed on a memorial tablet and are thus preserved.