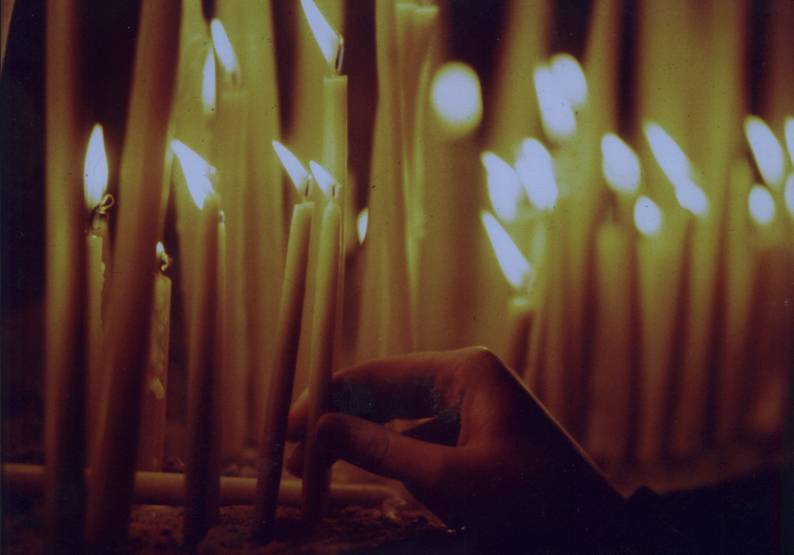 Today, all Christians believe that the sacrament of the Eucharist, the sharing of bread and wine (grape juice for some Protestants), as commanded by Jesus and strengthens the bond with Him, and also with one another. The celebration of the Last Supper, a central act of worship in the Christian Church, is known by various names, such as Holy Communion, The Mass, the Memorial Meal, the Lord’s Supper, the Divine Liturgy, the Blessed Sacrament or simply the Sacrament. Since the earliest days of the Church, this, together with prayer and baptism, has been an indispensable part of Christian worship. Many churches share a belief in the Real Presence of the body of Christ during the celebration of Holy Communion.

In the Roman Catholic Church, the Sacrament of Communion is performed as a series of ceremonies known as the Mass. Music of the Mass is either plainsong or polyphonic. Plainsong, a certain style of unisonal music, comprising Gregorian, which belongs to Rome and Ambrosian, comes from Milan. Many groups of Eastern Church music could also be unisonal. Music is indispensable for the recitation of the Psalms and for the reading of the scriptures in public. With the development of the harmonic concept, plainchant declined. Many famous composers have written music for the liturgy of the Mass, in the form of both unisonal and polyphonic anthems, which later, resembling opera, were composed for orchestra, choir and soloists. While the outward appearance of bread and wine consecrated during Holy Communion does not change in any way, these substances undergo Transubstantiation, and become the body and blood of Christ.

The divergence concerning Holy Communion in the Orthodox and Roman Catholic Churches does not reside in the doctrine, but rather in varying forms of worship and rites. In the Roman Catholic Church’s Sacrament, bread alone is offered to the congregation, while in the Orthodox (as in the Protestant Churches), bread and wine are offered together. In the West, unleavened bread is often used on account of the connection between the Passover and the Last Supper, but the Eastern Orthodox Church does not accept this practice because the New Testament does not specify a requirement for unleavened bread, and the consecrated bread is sometimes dipped in the cup of wine. With Orthodox Christians, prayers to the Holy Spirit are an obligatory part of the Communion service. Jean Calvin postulated that in the act of consecration, it was not bread and wine but the real, although spiritual, presence of Christ. In Christian art, the symbol of the sacrament of Communion is the fish, bread and chalice on the table.